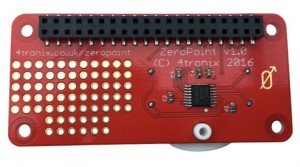 The gauge is a small stepper motor (X27.168) that is driven using an H-bridge (it’s a bipolar stepper so needs to be driven both ways)

Although it is a standard stepper motor to operate, it only travels through 315 degrees before hitting the physical end stops.

This gauge is used in many vehicles for speedometer, tachometer, etc. and so is in plentiful supply

It is a very weak stepper motor and cannot be used to drive much at all (cue someone trying to use two for a small robot!)

Power is taken from the 5V of the Raspberry Pi, so no additional power is required.

We have a python library which can be used to position the needle accurately. You can download directly the library and example file by typing the following into the terminal window. Open LXTerminal and type:

That will create a zeropoint folder in your home folder, with the library and example file:

Finally, there is a PDF file with a number of dial templates that could be used. Of course you can create your own with your specific measurement values on such as degrees Celsius/Fahrenheit  or humidity etc. 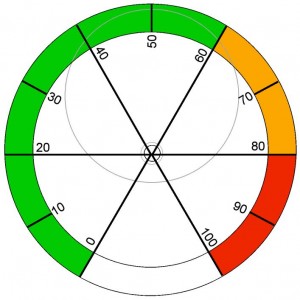 The prototyping area is intended for you to add you own sensors or input devices so you can create a standalone analog meter. These could be temperature sensors, light sensors, buttons, etc. To help you wire this in we’ve provided: