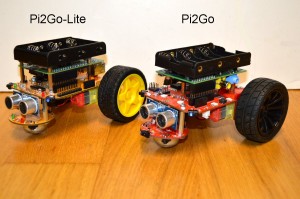 As people keep pointing out to me, it’s been a while since I gave an update on Pi2Go progress. This is not because nothing has happened, but actually because so much has been happening that I haven’t sat back and reflected on the work we’ve done. Some highlights: 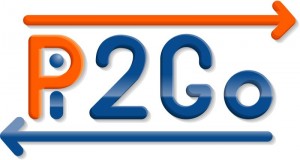 *  Battery monitoring circuit continuously checks that the battery levels is sufficient to power the motors and the Raspberry Pi. If it starts getting low, then it disables the motors. If it gets even lower then a signal is sent to the Raspberry Pi which can be used to shut down the Pi gracefully. This function can be over-ridden by changing a jumper

** “Anti-glare technology” prevents false triggers in bright sunlight. However the sunlight can still swamp the IR system which can prevent any events being received

***  90 minutes is estimated based on 1 hour to solder the PCBs and 30 minutes to assemble. Depending on soldering speed and ability, this can vary widely. “Your mileage may vary”

The same design is used for both Pi2Go and Pi2Go-Lite. Continuing the theme of using PCB material (FR4) as a construction method, we’ve created 4 separate elements that can be used in different combinations:

Pi2Go with a MeArm Fitted 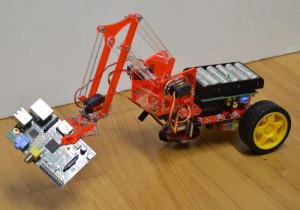