Picobot 2 is an all-new design, but recognisably similar to the original Picobot. Here are some of the key hardware differences:

It is *Really* simple to assemble the Picobot2. All you need is a small cross-head screwdriver and a few minutes. 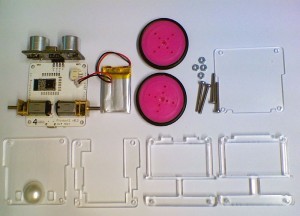 Above shows all the parts that you receive in the box. Clockwise from top left:

Visit this link to see the detailed assembly instructions

When the Picobot2 is delivered, it contains 5 programs that you can access using the Mode button

2. Line Follower. Stick black insulation tape down and it should follow it (depends how reflective the surface it is on – fine on wooden floors!)

3. Light Follower. Follows a torch shining on it, but not very well at the moment

4. Obstacle avoider. When comes close to something, it reverses and turns around then moves off again

5. Person follower. Tries to stay at 10cm from an object. I need to slow down the movements as it is too jerky at present and goes off line.

The Mode button (right side, front) changes between these programs. When you press the button it will move onto the next one and flash the Blue LED the right number of times (ie. it will flash 3 times before running the light follower). The obstacle avoider program in particular doesn’t listen to the button very often, so you may have to hold it down for a couple of seconds before it reacts.

This image is from an earlier prototype, but gives the general picture – most of the electronics is on the underneath. The light sensors are on top at the front corners

The Bluetooth is a direct pass-through, with a small set of AT commands. So don’t start a packet with AT or it will be interpreted as a command. In the Arduino code you can open the software serial connection at 9600 baud, then read or write from it directly.

The AT commands are listed here

iOS (8 or later):  Use LightBlue app from the AppStore to find and listen or send data to the Picobot2: Tutorial

Android: Use the WIreless-Tag agg referred to in page 14 of the Bluetooth module specification here

There is an ESP-12E module used for WiFi and it is controlled via the Software Serial interface using AT commands.

With these AT commands you can connect to an existing WiFI network, create your own access point, or both. You can easily create a web server so that anyone with a WiFi enabled smartphone or PC can attach to your Picobot2 and control it, or simply receive updates about the sensors and what the Picobot2 is doing. It’s entirely up to you.

The AT commands are listed here 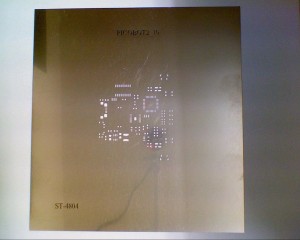 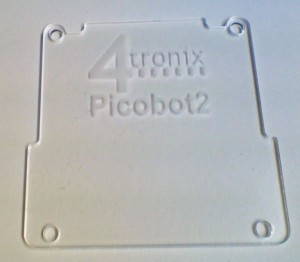 19th November: The (hopefully) Final prototype PCBs due in today. To do: